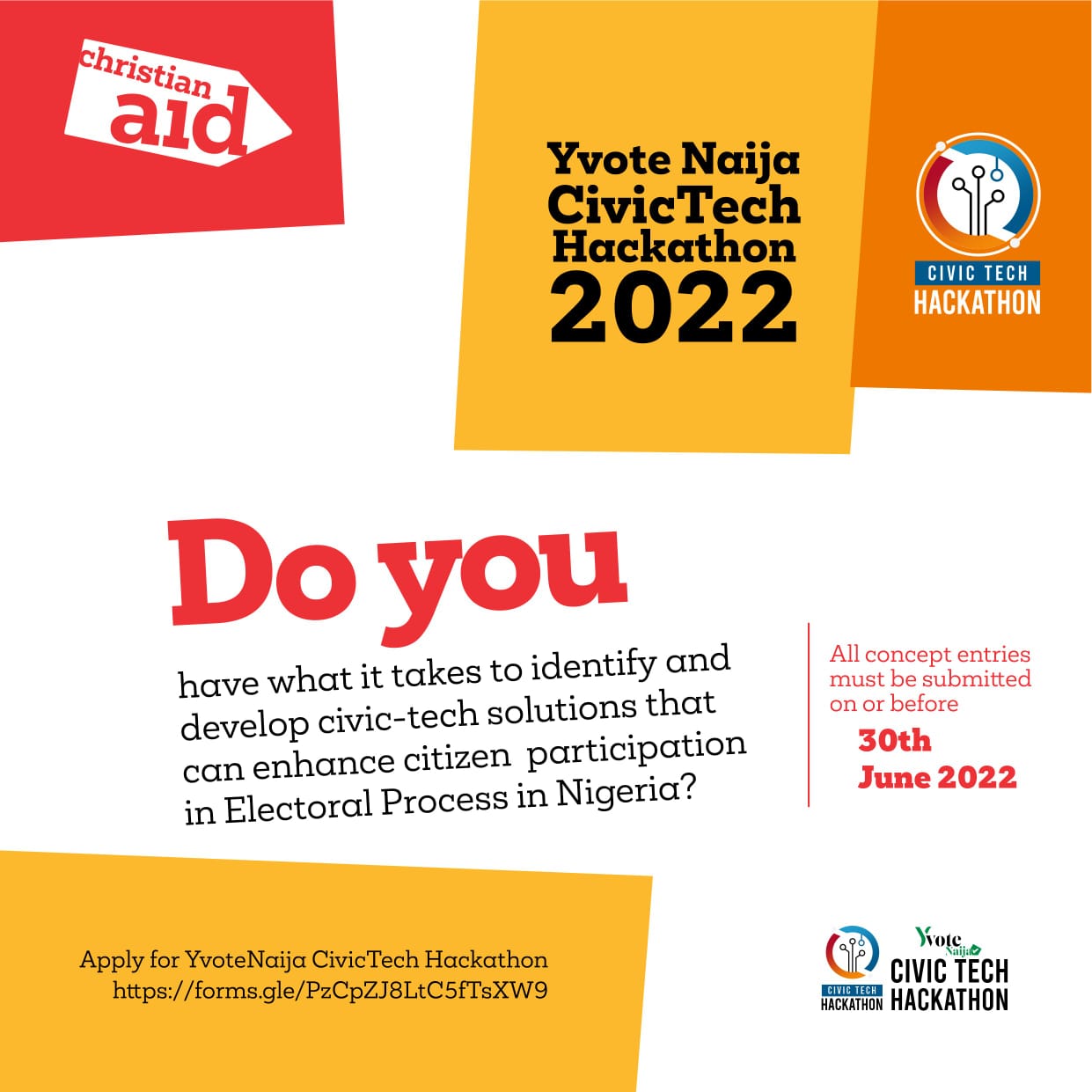 No Comments on BBYDI partners with Christian Aid to address voter apathy in NigeriaPosted in Newsletter By AdminPosted on June 9, 2022June 10, 2022

Worried by the growing voter apathy that has characterized Nigeria’s general elections in recent years, a non-governmental organisation, the Brain Builders Youth Development Initiative (BBYDI) with funding support from Christian Aid Nigeria is rolling out a series of activities to increase citizens’ participation, especially women and youth in the electoral process. The uniqueness of this initiative is the leveraging of Information and Communications Technology (ICT) to get more people on board.

The Executive Director of the organisation, Olasupo Abideen who made this known in a statement issued on Thursday, listed the activities to include virtual town-halls, fireside chats on radio and social media platforms and the YVoteNaija hackathon, which will hold in Kaduna State to the FCT.

According to him, the YvoteNaija Hackathon in particular aims to identify and support the development of civic-tech ideas capable of enhancing citizen participation in the electoral process.

“The hackathon will bring together young social innovators and developers between the ages of 18 and 35 years to develop ideas, build skills and connect with others working towards a shared goal of strengthening the electoral process and civic participation in governance in Nigeria. 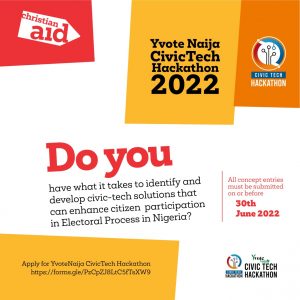 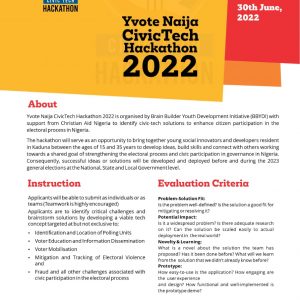 “Consequently, successful ideas or solutions will be showcased upon the completion of the hackathon. The project team will also push for the adoption of some of the novel solutions at the National, State and Local Government level as well as civil society organizations,” he added.

Speaking further, the BBYDI boss noted that the declining interest of Nigerians particularly the youth in the electoral process had become a source of concern amongst relevant stakeholders, especially as Nigeria prepares for the 2023 general elections.

He explained that “despite the electrifying effect of the last general elections, it was discovered that less than half of the registered voters, 42.76%, officially voted. Since the dawn of democracy in 1999, there has been a consecutive decline in election turnout, 57% decline in 2007, 54% in 2011, and 44% in 2015. In the 2019 presidential election, only 34.75% of registered voters actually voted.

“More than this, elections in the country are often marred by violence and disruptions. From 2006 to 2015, about 4,000 lives have been lost during elections according to Premium Times Newspaper 2021.

“It is important to note that young people constitute more than half of the voting and actual population in Nigeria and the involvement of young people in political movements globally negates the current experience in Nigeria. Youth participation globally has been empirically established to improve and strengthen good governance. Their fresh insight and contemporary knowledge of society, technology and cultures can bring effectiveness and efficiency to governance at the grassroots.

‘’It is against this background that BBYDI and Christian Aid have lined up a series of activities aimed at leveraging technology to increase citizens’ participation, especially women and youths in the electoral process.